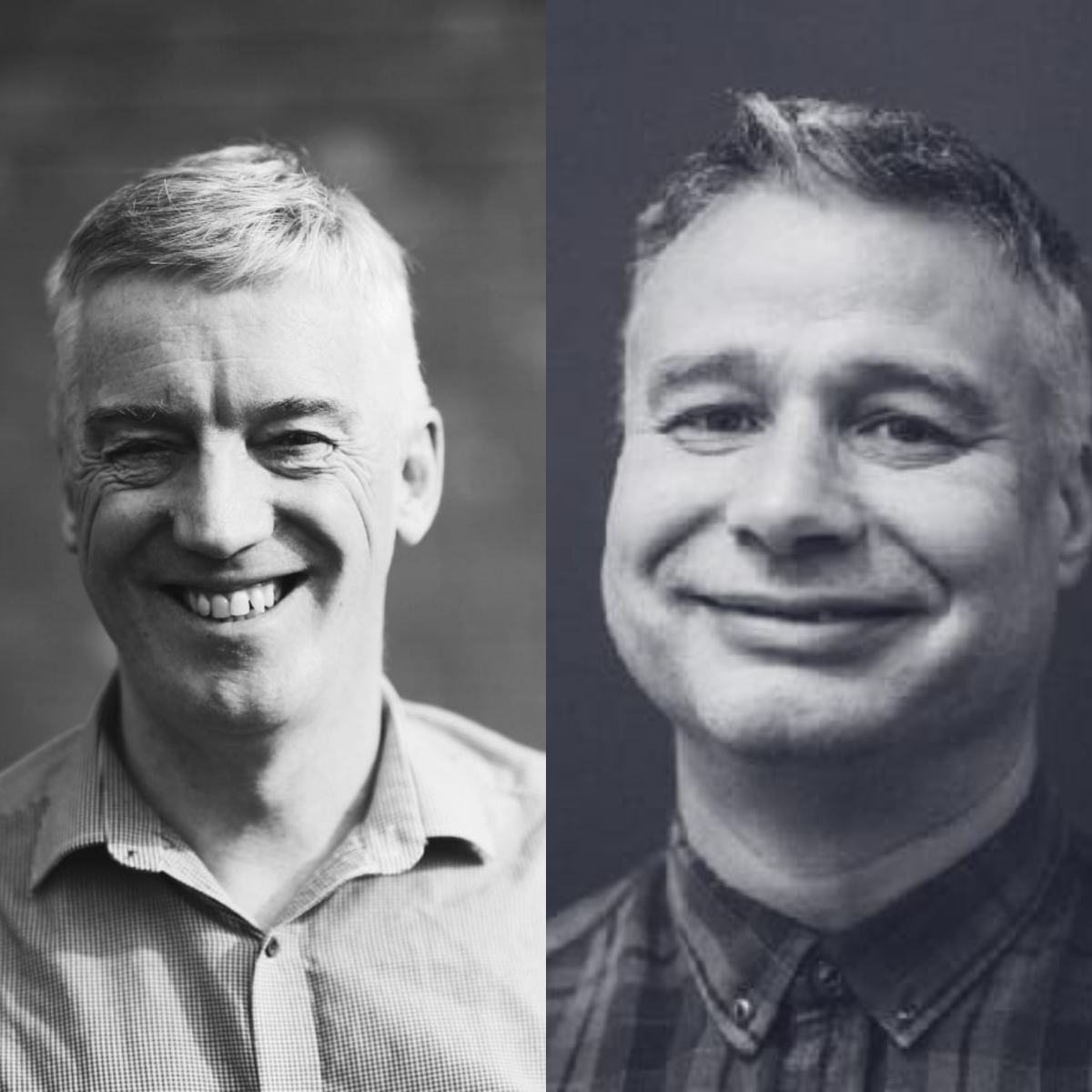 1 Corinthians 1:17-18: “For Christ sent me not to baptize, but to preach the gospel: not with wisdom of words, lest the cross of Christ should be made of none effect. For the preaching of the cross is to them that perish foolishness; but unto us which are saved it is the power of God.”

In this modernistic, liberal age, many forms of worldly entertainment have been brought in to try to attract a crowd.

These can be quite successful (though that is absolutely no excuse for employing them), as the popularity of churches like the Vineyard and various community / fellowship type churches has proven.

Mostly, it entails the introduction of worldly music with a thin veneer of Christianity from the worship bands.

However, a far more offensive to God form of worldly entertainment was brought into a Baptist church in Belfast on Sunday, 10th February.

For Newtownbreda Baptist Church brought in a stand-up comedian to take their Sunday night service two Lord’s days ago.

Yes, you are reading that correctly, this is not a joke – Newtownbreda Baptist Church became Newtownbreda Comedy Club for the night as a stand-up comic took the platform in this most modern, trendy, hipster of Baptist churches.

Mark Ritchie (pictured on the right of our top image), a Scotsman, apparently blends comedy with a religious message as his routine, which has seen him perform at the well-known Edinburgh Fringe Festival, an annual event for aspiring and established comics alike.

His stand-up tours have taken on frankly blasphemous titles, including “For The Love Of God” and “God Only Knows”.

These are commonly used oaths by the unconverted when expressing exasperation or confusion as they grievously take our precious Saviour’s wonderful name in vain.

Yet here is a man who claims to be proclaiming God’s Word using such blasphemies to make money.

And he is directly disobeying the Third Commandment, which can be found in Exodus 20:7 and says: “Thou shalt not take the name of the Lord thy God in vain; for the Lord will not hold him guiltless that taketh his name in vain.”

And here was this man in Newtownbreda Baptist Church being paraded as an admirable and appropriate character to provide spiritual guidance to those in attendance.

This is how Newtownbreda Baptist Church / Newtownbreda Comedy Club promoted the event on facebook: “We have Mark Ritchie coming for a night of community and comedy. We’ll be having @percyscoffeeandfood there and also a free BBQ”.

So it’s a night of community and comedy? No mention of the cross at Calvary? Sure that wouldn’t draw the punters in quite like a few jokes and a cheeseburger.

We have not heard the routine / sermon / message brought by Mark Ritchie to Newtownbreda. Rather oddly, it is the only service held there in months which does not appear to have been uploaded to the church’s website. Why would that be?

However, we have listened to a 35 minute routine by Mark Ritchie at a church in England from two years ago and for that to even be considered a religious sermon is frankly offensive.

A significant length of time goes by before he even mentions the Bible and then he reads a single verse therefrom, before going back to telling his little stories, which had the most tenuous of links to what he was apparently talking about. All of them were uproariously funny though, at least if you listened to the congregation / audience, so that means it’s ok.

Was there mention of how we might be saved? No.

Was there mention of the substitutionary death on the cross by our Lord Jesus Christ? No.

Was there mention of repentance and sorrow over sin? No.

Was there mention of the atoning blood of Jesus which washes away all sin to those who believe on Him? No.

Not much of a message then, was it?

The upshot of the message, as far as we could gather, was that we should engage in a “daring culture”, whatever that’s supposed to mean.

This “daring culture” certainly doesn’t involve over encumbering yourself with knowledge of or serious study of God’s Word, it seems to be more about making bold, impressive sounding, yet meaningless statements.

Certainly, there was some very dubious phraseology employed to, we assume, describe someone becoming a Christian.

Of course, the terms “getting saved”, “being born again” or “having your sins washed away” are so terribly old fashioned, though increasingly even those terms are being polluted by some churches.

When Mark Ritchie appeared at Newtownbreda Baptist Church two weeks ago, he claimed that “26 people said yes to Jesus”. Newtownbreda Comedy Club repeated that phrase, though they claimed it was 25.

The top of this article shows that God used what the worldly person would consider the “foolishness of preaching” the cross of Christ as his ordained means of sharing the gospel and bringing sinners to repentance.

The worldly person certainly doesn’t think stand-up comedy is foolishness, that’s why theatres up and down our land are regularly packed out with those wishing to hear the latest comic, most of whom promote the foul and whose language is still fouler.

In what we have heard of Mark Ritchie, there was absolutely NO mention of the cross of Christ, though of course he wasn’t preaching anyway, he was simply bringing the world into the church.

And Newtownbreda Baptist Church invited that man into their church, whose very tour titles take the Lord’s name in vain.

Sadly, this is not the first time we have been forced to highlight this church, which is located in east Belfast.

Only last month we pointed out its membership of the Evangelical Alliance, a grouping headed up by Peter Lynas, who is habitually involved with Romanists and promoting relationships with Rome.

His ecumenical activities are too numerous to reproduce here, but you can click here to get a rundown of his compromise with Rome, which includes praising so-called Protestant ministers and church officers for running down to Dublin to cower before the Pope.

Highlighting this Baptist church, and others, saw us attract great opprobrium but the fact remains Newtownbreda Baptist Church continues to be yoked with a group that includes creation deniers and Jesuit promoters and is evidently more than happy to be so.

Even when this was brought clearly into their view they decided to harden their neck and continue in the same direction.

Indeed, within a matter of weeks of us highlighting this unholy alliance, Newtownbreda Baptist Church had invited ‘Papist’ Peter Lynas down to speak at their Sunday night service, and he also spoke about the document he produced looking at what he suggest be the church’s response to the rising tide of sodomy and transgenderism.

It is called ‘Transformed’ and it is certainly not recommended to any church or Christian, containing as it does the suggestion by Peter Lynas himself that churches provide “trans” accessible toilets in churches.

The document he wrote says that “providing toilets that are clearly accessible to trans people will be an important part of the welcome provided by churches and charities”.

But Newtownbreda Baptist Church, whose pastor is Trevor Ramsey (pictured on the left of our top image), saw fit to invite him down and now they are turning to an easy-believist stand-up comic who is seeking people to “say yes to Jesus” without actually preaching the gospel.

What a cheap gospel is being taught – ‘come on in, grab a hot dog, have a laugh, we’ll give God a brief mention, stick your hand up to say you like Jesus and now you’re on your way to heaven’.

This is outrageous and Newtownbreda Baptist Church / Comedy Club is guilty of encouraging this sort of shallow gospel message.

May God save Ulster from such disrespect for His Word and His House.

Psalm 89:7: “God is greatly to be feared in the assembly of the saints, and to be had in reverence of all them that are about him.”