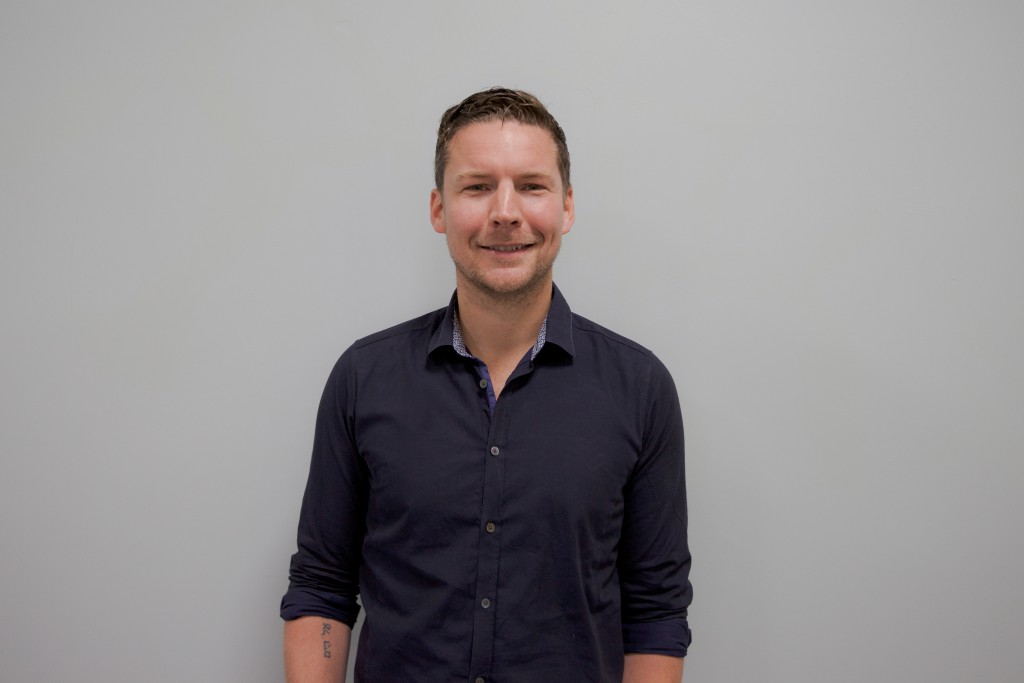 The ongoing charismatic efforts to degrade the spiritual landscape in Ulster continues apace, and they will focus their efforts next month on an ecumenical prayer initiative called ‘Healing The Land’.

Indeed, the event, scheduled for Saturday, 8th September at Nutts Corner, is being marketed as for Protestant, Catholic and those of no denomination – an ecumenist’s dream.

Perhaps Nutts Corner is a very apt venue for an easy-believist event, not just because of its name but for its reputation as a place to purchase something cheaply.

All manner of ecumenists have given their backing to the event and indicated their intention to be there.

Among them is David McClay (pictured, below), minister in Willowfield Parish Church in Belfast and leader of the ecumenical New Wine Ireland group whose recent conference featured at least three Papist speakers.

Also joining in is the elder statesman and one of the three lead pastors of Emmanuel Church, based in the Craigavon area, Philip Emerson, who also took part in the New Wine Conference.

And he is joined by another lead pastor at Emmanuel Church, Alain ‘Ecumenical’ Emerson (pictured, top), back to his old tricks of consorting with the anti-Christian system of Rome.

We will remind readers of Alain ‘Ecumenical’ Emerson’s track record for Papal pandering.

In February, he spoke in St Patrick’s Roman Catholic Church in Belfast as part of the ecumenical ‘Four Corners’ Festival, at which he endorsed the ecumenical, ritualistic, anti-Christian form of praise called Taizé. He is pictured below next to the altar where the blasphemous Mass is offered by the priest.

He then addressed a meeting of the ecumenical Ballymena Church Members Forum, which includes the Roman Catholic Church, before hosting another ecumenical prayer meeting with the blessing of the Pope himself, called ‘Thy Kingdom Come’.

And Alain ‘Ecumenical’ Emerson, Philip Emerson and David McClay have appeared in videos uploaded to the event’s facebook page imploring more people to join in their linking arms with Rome.

Indeed, on the same page there is a video featuring an agent of Rome, Patrick McCrystal of Human Life International, a Roman Catholic pro-life group, endorsing this prayer event.

In his brief video, he quickly gets across the ecumenical nature of the event. He says: “We the people of God in Northern Ireland, Catholic, Protestant and all non-denominational, we have to turn back to God…”

Now of course any who have rejected or forsaken God must turn back to Him, but Patrick McCrystal is describing Roman Catholic adherents as the “people of God”.

While it is possible that in some simple way, some individual Roman Catholics may have come to faith in Christ, Patrick McCrystal is speaking in general of Roman Catholics and that is quite simply wrong.

That is a tragedy of great magnitude, but Rome teaches a salvation of merit through good works.

However, Ephesians 2:8-9 says: “For by grace are ye saved through faith; and that not of yourselves: it is the gift of God: Not of works, lest any man should boast.”

Isaiah 64:6 reminds us that “all our righteousnesses are as filthy rags”, so Rome and, distressingly, an increasing number of so-called Protestant churches, teach that presenting our good works, or “filthy rags” to God will be enough to secure a spot in heaven.

And here we have supposedly Christian leaders giving credence to this false notion that the Roman Catholic Church is of God.

Rome denies salvation by faith alone in Christ alone, as we have already stressed, it teaches of a fictitious holding cell between heaven and hell called Purgatory (you’ll not find that anywhere in Scripture), it teaches of prayer to Mary and saints (1 Timothy 2:5 directly contradicts that) and teaches the utter blasphemy of the Mass, whereby they sacrifice Christ repeatedly, this despite Hebrews 10:11-12: “And every priest standeth daily ministering and offering oftentimes the same sacrifices, which can never take away sins: But this man, after he had offered one sacrifice for sins for ever, sat down on the right hand of God”.

These circles simply cannot be squared, indeed Rome pronounces its anathema, or curses, on any who teaches of salvation by faith alone in Christ alone.

That being the case, and Papists being comfortable with this prayer event, one must draw the conclusion that Alain ‘Ecumenical’ Emerson, Philip Emerson, David McClay and others must not believe in salvation by faith alone in Christ alone.

And if they do, then they are guilty of the most dreadful of compromise, to deliberately permit the propagators of what they believe to be error into their midst to draw people away into sin and confusion.

The character of such individuals as Alain ‘Ecumenical’ Emerson, Philip Emerson and David McClay as compromisers and consorters with Rome is well established.

However, there is another character who has given this anti-Christian event his seal of approval, and in the most emphatic way as he is to be the speaker at it, and that is David Legge (pictured, below).

A man raised in the truth of the gospel by his own testimony on his website, who attended and then ministered at a sound fellowship such as the Iron Hall in Belfast, concerns have been springing up about his associations and comments in the past few years.

From citing the teachings of a Carmelite monk (a Papist of course) to claiming that our pride, rather than sin, is what chiefly separates us from God, to now speaking at this overtly ecumenical event, David Legge, now working as an itinerant preacher, certainly appears to be deteriorating in his stand.

This very gracious article (now kindly updated by the author to include a link back to this article) on the Take Heed Ministries website articulates a great deal of the concerns surrounding his downgrade, which you can read by clicking here.

By associating with this event, David Legge can only bring further questions upon himself.

Indeed, given the brazen nature of this ecumenical gathering, David hasn’t got a ‘Legge’ to stand on if he claims he was unaware of the utterly inappropriate company he is keeping at this event.

We would certainly encourage readers to share and spread this article widely so that he can have the nature of the other endorsers of this event brought clearly into his focus.

The prayers offered up at this event are highly unlikely to be received in heaven as error is mixed right through this gathering.

God will not regard such prayers from the unconverted, of which there will be many gathered at Nutts Corner, not least (but not just) the avowed Papists who will be in attendance.

Proverbs 15:29: “The Lord is far from the wicked: but he heareth the prayer of the righteous.”

Unfortunately a lot of this will be about show and about doing something considered to be popular and worthy, rather than about living genuinely Christian, sanctified lives.

It is like the criticism God had of the insincere penitence of the children of Israel in the days of Hosea.

It says in Hosea 7:14: “And they have not cried unto me with their heart, when they howled upon their beds: they assemble themselves for corn and wine, and they rebel against me.”

While they made much noise to God, there was no great sincerity in what they had said, but rather a desire to restore former comforts they had lost in their rebellion against God.

The verse they use to promote the event is a most wonderful verse and one we have used on numerous occasions here.

It says in 2 Chronicles 7:14: “If my people, which are called by my name, shall humble themselves, and pray, and seek my face, and turn from their wicked ways; then will I hear from heaven, and will forgive their sin, and will heal their land.”

Paul, under the inspiration of the Holy Spirit, warned that “a little leaven leaveneth the whole lump” (1 Corinthians 5:6) and this is what is being done here.

Truth is being mixed with error, indeed a character such as David Legge, with a previously sound reputation and whose apparent downgrade would be unknown to many, may well be being used to help bring credibility to the event beyond traditional charismatic circles.

Please pray that David Legge will pull back from such compromise and please pray for a genuine revival in our land.

It will not come from the ‘Healing The Land’ prayer initiative, but only from prayer from those sold out to God, not those who are sold out to Rome.

1 John 4:1: “Beloved, believe not every spirit, but try the spirits whether they are of God: because many false prophets are gone out into the world.”