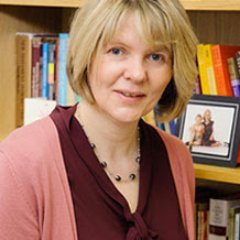 Last year, we highlighted four ministers in what were once Protestant churches preaching at the annual Novena mass services in Clonard Monastery in the overwhelmingly Roman Catholic west Belfast area.

This is an affront to the Word of God as the mass is a blasphemous event, which purports to again and again offer up Christ as a sacrifice for sin.

The Bible is crystal clear that Jesus gave Himself once for all and His work in this matter is finished, as He declared Himself as He gave up the ghost on the cross at Calvary.

We are told this in Hebrews 7:26-27: “For such an high priest became us, who is holy, harmless, undefiled, separate from sinners, and made higher than the heavens; Who needeth not daily, as those high priests, to offer up sacrifice, first for his own sins, and then for the people’s: for this he did once, when he offered up himself.”

Again, we are reminded in Hebrews 9:24-28: “For Christ is not entered into the holy places made with hands, which are the figures of the true; but into heaven itself, now to appear in the presence of God for us: Nor yet that he should offer himself often, as the high priest entereth into the holy place every year with blood of others; For then must he often have suffered since the foundation of the world: but now once in the end of the world hath he appeared to put away sin by the sacrifice of himself. And as it is appointed unto men once to die, but after this the judgment: So Christ was once offered to bear the sins of many; and unto them that look for him shall he appear the second time without sin unto salvation.”

1 Peter 3:18 tells us: “For Christ also hath once suffered for sins, the just for the unjust, that he might bring us to God, being put to death in the flesh, but quickened by the Spirit”.

And Romans 6:9-10 says: “Knowing that Christ being raised from the dead dieth no more; death hath no more dominion over him. For in that he died, he died unto sin once: but in that he liveth, he liveth unto God.”

The Roman Catholic mass is incompatible with Scripture, including also the claim that the wafer and the wine offered up is not just symbolic, but it is magically transformed by the priest into the actual body and blood of Christ.

To take part in such a blasphemy is to, at the very least, serve to tacitly endorse such a ritual.

Despite the restrictions imposed on church services this year as a result.of the coronavirus pandemic, Clonard Monastery is determined to continue its blasphemous ‘worship’ this year and the 2020 edition of the novena will run from Friday, 19 to Saturday, 27 June.

It will be streamed live from Clonard and from another Romanist venue in County Limerick in the Republic of Ireland as an “all-island” venture.

And two more allegedly Protestant clerics will be taking part in this blasphemous novena on the Monday, 22 June on what is called “the Ecumenical Day”.

They are ‘Rev’ Janet Unsworth (pictured, top), who is principal of Edgehill Theological College, the training ground for the Methodist Church’s ministers locally, and Presbyterian minister Rev Jonathan Frazer (pictured, below). He is the minister of Garnerville Presbyterian Church in east Belfast.

‘Rev’ Janet Unsworth (1 Timothy 2:12) has previously came to the attention of ‘Protestant Revival’ in her role as Vice-Chair, now Chair of the Board of Governors at Methodist College in Belfast. The school had been considering implementing a uniform for pupils who consider themselves to be transgender and we had been calling on the five Methodist ministers on the school’s Board of Governors to stand against the catering for ungodliness. We were not encouraged by the responses from the quintet which came back.

Rev Jonathan Frazer, meanwhile, is not an individual of whom we had previously been aware, but he has certainly made some interesting comments in relation to his denomination’s perfectly reasonable moves at its General Assembly in 2018 to forbid full communicant membership to those living in openly homosexual relationships and barring the baptism of children in the care of a same-sex couple.

Quoted in a BBC article from late 2018, Rev Jonathan Frazer said: “I adhere to the laws of the Presbyterian Church and those decisions have already been made, but I still feel a sense of hurt and sadness over how it was all carried out and the results of it.

“Unfortunately for many people, their lasting memory of the church will be of those decisions, but I don’t feel I would be doing my job if I didn’t speak up and show people that there are some within the church who are still thinking about these issues.”

Certainly not a ringing endorsement of the votes made by the church.

Rev Jonathan Frazer is also quoted saying this in the Belfast Telegraph: “This year’s vote on same-sex relationships was passed by a majority, but not all, of the Presbyterian Church. That’s important for people to remember.

Again, he equivocates over the decisions made but adds another very concerning comment when he says: “In the church we’re not called to think about doctrine”.

I beg your pardon? Are we not? Where does he get this idea from?

The importance of sound doctrine is considered very important in God’s Word.

Paul, who we would say has a rather greater ministerial legacy than Rev Jonathan Frazer, exhorts Timothy, a young preacher, to concern himself greatly with doctrine, warning that many will show their ungodliness by rejecting “sound doctrine”.

2 Timothy 4:2-4 says: “Preach the word; be instant in season, out of season; reprove, rebuke, exhort with all longsuffering and doctrine. For the time will come when they will not endure sound doctrine; but after their own lusts shall they heap to themselves teachers, having itching ears; And they shall turn away their ears from the truth, and shall be turned unto fables.”

The importance of understanding doctrine is stressed by God through the prophet Isaiah, while He also points out that such knowledge, properly applied and taken to heart, is “refreshing” and will “cause the weary to rest”.

Isaiah 28:9-12 says: “Whom shall he teach knowledge? and whom shall he make to understand doctrine? them that are weaned from the milk, and drawn from the breasts. For precept must be upon precept, precept upon precept; line upon line, line upon line; here a little, and there a little: For with stammering lips and another tongue will he speak to this people. To whom he said, This is the rest wherewith ye may cause the weary to rest; and this is the refreshing: yet they would not hear.”

It is a child, indeed so undeveloped a child as one which has only ceased being fed at their mother’s breast, to which God compares those who are ignorant of his doctrine.

Yet, unlike a typical child, who are sponges for new information, ideas and knowledge, they “would not hear” and is this not the attitude espoused by Rev Jonathan Frazer when he says “we’re not called to think about doctrine”.

There are numerous more Scripture passages which can clearly demonstrate this simple truth, but we believe this to be more than sufficient to demonstrate the total fallacy of Rev Jonathan Frazer’s dangerous claim.

Of course, when he unburdens himself from the requirement laid out by God specifically to concern himself with doctrine, it is not difficult to see how he ends up preparing to preach at a novena mass in just over a week’s time.

However, we would call on both ‘Rev’ Janet Unsworth and Rev Jonathan Frazer to do the right thing and cancel their involvement in this exercise of blaspheming our dear Saviour.

There is still time for them to do so and we would urge readers to either bring this article to their attention or to get in touch with either individual themselves and implore them not to take part in this grave blasphemy.

If we are to please God it will not be done by taking part in services which trample over the gospel message of Christ’s all sufficient sacrifice at Calvary.

It will rather be done, if we are first saved, by acquainting ourselves with sound doctrine so that we might know how we might please Him.

Romans 12:1-2: “I beseech you therefore, brethren, by the mercies of God, that ye present your bodies a living sacrifice, holy, acceptable unto God, which is your reasonable service. And be not conformed to this world: but be ye transformed by the renewing of your mind, that ye may prove what is that good, and acceptable, and perfect, will of God.”