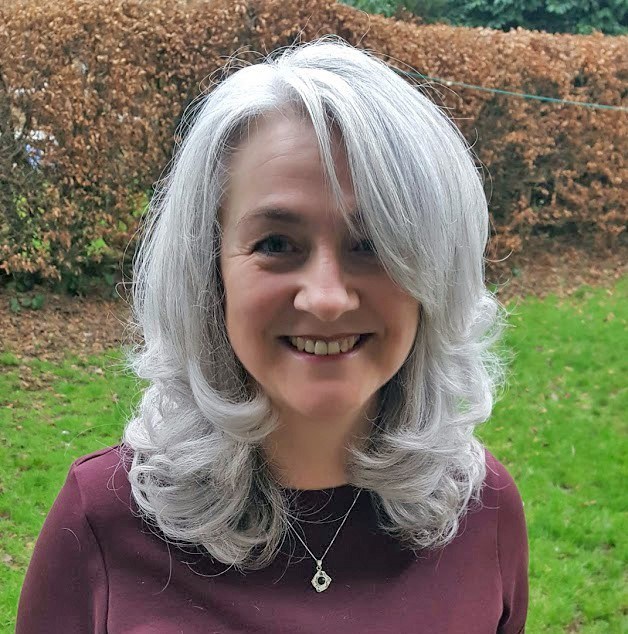 The Non-Subscribing Presbyterian Church is what is known as a Unitarian church, meaning it denies the doctrine of the Trinity, of God the Father, God the Son and God the Holy Ghost.

Yet for some reason the Church of Ireland Gazette’s bosses have seen fit to appoint someone who is an elder in the Non-Subscribing Presbyterian Church as its editor.

A Karen Bushby (pictured, top) has been appointed to the role, and she is an elder (1 Timothy 2:12) in the Non-Subscribing Presbyterian Church in Banbridge, County Down.

It is most strange that a church which still upholds the doctrine of the Trinity should put someone in charge of a publication promoting the church who is a leading figure in a congregation of a denomination which denies that precious doctrine.

After all, if Christ is not God, then how can we be saved?

The website of UK Unitarians, of which the Non-Subscribing Presbyterian Church is a member, has this to say in answer to the question: “What do Unitarians believe about Jesus?”

It says: “Unitarians believe that Jesus was a man, unequivocally human.

“It has long been our view that to talk of him as God is unfaithful to his own understanding of himself. The New Testament accounts describe a Jewish man, chosen, raised up, adopted and anointed by God. They claim that the divine purpose was that Jesus should reconcile first the Jews and then all humanity to each other and to God. This would prepare the way for the Messianic age of peace.

“Jesus stood both in the prophetic tradition of such figures as Isaiah and Hosea, and in the kingly line of David. His ministry took place in a primarily Jewish context. His challenge to a corrupt priesthood in the Jerusalem Temple made him powerful enemies. These found common cause with the ruthless Roman authorities. The result was his crucifixion, a supreme example of human integrity and faithfulness in the face of human evil. Unitarians do not see the crucifixion as a blood sacrifice for sin.

“Whatever Jesus’ own perception, his followers — like him, all faithful Jews — believed him to be the Messiah, “the anointed one”; in Greek, “the Christ”.

“Today’s Unitarians are not first-century Jews. We cannot share their perspective. However, Jesus’ teachings and what we know of his life lead Unitarians to regard him as a major (some would say the major) figure in humanity’s spiritual journey. While honouring him we do not worship him, something we believe he would not have wanted.”

That is a dreadful, frightening position to hold to.

The position to which they hold, that Jesus was simply human and is no better than the likes of Isaiah or David, and that his blood does not cleanse us of our sins and Christ is not to be worshipped, is heresy of the highest and most rank order.

How anyone can claim to have read the Bible and came up with this conclusion is frankly mind-boggling.

Here are just a few examples of the hundreds of examples which could be given to disprove this vain notion.

Philippians 2:10-11: “That at the name of Jesus every knee should bow, of things in heaven, and things in earth, and things under the earth; And that every tongue should confess that Jesus Christ is Lord, to the glory of God the Father.”

Hebrews 1:2: “Hath in these last days spoken unto us by his Son, whom he hath appointed heir of all things, by whom also he made the worlds”.

Isaiah 9:6-7: “For unto us a child is born, unto us a son is given: and the government shall be upon his shoulder: and his name shall be called Wonderful, Counsellor, The mighty God, The everlasting Father, The Prince of Peace. Of the increase of his government and peace there shall be no end, upon the throne of David, and upon his kingdom, to order it, and to establish it with judgment and with justice from henceforth even for ever. The zeal of the Lord of hosts will perform this.”

How much more clear can it be?

Jesus and God the Father “are one”, every tongue will “confess that Jesus Christ is Lord”, Christ is the “heir of all things” from His Father and the child born in Bethlehem hundreds of years after Isaiah’s prophecy was “the mighty God”.

This is what that same website says of salvation.

It says: “It must be said that many Unitarians are wary of the word “salvation”. We find some of its associations in mainstream Christianity unhelpful.

“However, whether we use the word or not, Unitarians tend to see salvation in this-worldly rather than other-worldly terms. We identify it with the deliverance of the human spirit from those things that diminish it and bar the way to its fulfilment. Thus, deliverance from all that fractures our relationships with each other, with the rest of creation, and with our own true selves — and so from God — constitutes salvation.

“The ultimate saviour is the source of love’s power — which most call God. However, love becomes manifest only in human beings and their relationships. So all those people who bring mercy and reconciliation, liberty and justice into the world are the embodiments of salvation. They are the “saviours” within humanity.”

This is a truly outrageous and totally unbiblical view of salvation.

To deny the deity of Christ is to deny the entire canon of Scripture.

To deny the atoning blood sacrifice of Christ is to deny the entire canon of Scripture.

To do these things is to call God a liar, and what a frightful, offensive thing that is to do.

Hebrews 9:28: “So Christ was once offered to bear the sins of many; and unto them that look for him shall he appear the second time without sin unto salvation.”

Colossians 1:18-20: “And he is the head of the body, the church: who is the beginning, the firstborn from the dead; that in all things he might have the preeminence. For it pleased the Father that in him should all fulness dwell; And, having made peace through the blood of his cross, by him to reconcile all things unto himself; by him, I say, whether they be things in earth, or things in heaven.”

Isaiah 53:5-6: “But he was wounded for our transgressions, he was bruised for our iniquities: the chastisement of our peace was upon him; and with his stripes we are healed. All we like sheep have gone astray; we have turned every one to his own way; and the Lord hath laid on him the iniquity of us all.”

1 John 1:7: “But if we walk in the light, as he is in the light, we have fellowship one with another, and the blood of Jesus Christ his Son cleanseth us from all sin.”

It is surely a sign of someone who has utterly cast off God’s Word who denies such basic and oft repeated and emphasised, central doctrines of Scrupture.

Yet an elder in a church which denies Christ in such a grotesque way is in charge of the primary publication of the Church of Ireland.

It is quite the departure for such an individual as Karen Bushby to be put in charge, given the editors in previous years have all been ordained ministers in the Church of Ireland.

Also, should any point out that it is not the ruling body of the Church of Ireland which runs the Church of Ireland Gazette, Karen Bushby has been employed as the communications officer for the Diocese of Connor for the past 13 years. This shows that they are more than happy for a representative of a Christ denying church to be under their employ.

It will, of course, still be available at parish churches throughout Ireland, north and south, and ministers will continue to happily contribute to a publication curated by a woman who is an elder in a church which denies that Jesus is the Son of God and denies that Jesus died for our sins.

Will ANY minister, individual parish church or member of the Church of Ireland speak out against such an appointment?

Will ANY minister, individual parish church or member of the Church of Ireland refuse to buy it or allow it to be sold or collected from their premises?

We know there remains saved people within this church, apostate as it is, and we would urge any who are truly born again to speak out against such an outrageous situation.

Let us not be shy about standing up against such heresies but rather let us “earnestly contend for the faith” (Jude v 3).

Isaiah 58:1: “Cry aloud, spare not, lift up thy voice like a trumpet, and shew my people their transgression, and the house of Jacob their sins.”

We would also plead with any who are involved with any Unitarian church to study the Scripture proofs contained above which outline Jesus’ deity and also the blood atonement we can have through faith in Him and Him alone.

A faith without Jesus cannot be a saving faith, there is no salvation outside of Christ. Won’t you please even turn to Christ today, repent of your sins and put your faith and trust in Him alone for salvation?

Acts 4:12: “Neither is there salvation in any other: for there is none other name under heaven given among men, whereby we must be saved.”