The Romeward march by so much of professing Christendom continues at pace, and this is no more evident than in the disgraceful situation whereby a charismatic church in Belfast is celebrating the idolatrous Romanist practice of the ‘Stations of the Cross’.

It is scarcely believable, yet that is what is being carried out this week by Redeemer Central Church, which is based on Donegall Street in central Belfast.

From 14 to 21 April, Redeemer Central is displaying on the outside wall of its building, posters of the Stations of the Cross.

This is an overtly Romanist custom, one which is carried out by devout Roman Catholics under the sad and false apprehension that they will receive a “plenary indulgence” for praying at each of them consecutively.

So the Stations of the Cross are part of the false Romanist gospel of earning your salvation.

And this is what Redeemer Central are holding up as a thing to be copied and applied to the lives of Christians? What an outrage.

For those who are unaware, the origins of the Stations of the Cross come from the Franciscan Order of Roman Catholic monks, and began to be popularised within Romanism during the 15th and 16th centuries.

They were based upon what they believed to be the route taken by Jesus to Calvary in Jerusalem, a route on which many Romanist pilgrimages were held.

In 1686, Pope Innocent XI (a most inappropriate name for any in the position which leads poor lost souls to hell) allowed the Franciscans to erect stations within their churches, a right extended in 1731 to all Romanist churches by Pope Clement XII.

And so the idolatrous practice spread, with the Stations often reproduced on windows in Romanist chapels, although there are often images and idols accompanying them.

This is, of course, an outrage against God and His Commandments.

The second of the Ten Commandments expressly forbids this, though Rome has somewhat conveniently omitted the Second Commandment from its Bible, instead splitting up what Protestants know as the Tenth Commandment into two.

Exodus 20:4-6 says: “Thou shalt not make unto thee any graven image, or any likeness of any thing that is in heaven above, or that is in the earth beneath, or that is in the water under the earth: Thou shalt not bow down thyself to them, nor serve them: for I the Lord thy God am a jealous God, visiting the iniquity of the fathers upon the children unto the third and fourth generation of them that hate me; And shewing mercy unto thousands of them that love me, and keep my commandments.”

It’s pretty unequivocal, isn’t it? But it doesn’t fit in with Romanist deceit and idolatry so it has to go.

And Redeemer Central is joining in on this idolatry with these posters pasted to their outer wall.

Let’s remember what the Second Commandment says. It precludes the creation of “any likeness of any thing” as part of worship, yet this is exactly what they have plastered upon their walls, proudly displaying their idolatry for all to see.

God hates all sin, but it is also provoking to him for it to be done so brazenly.

This was his condemnation of the children of Israel in the days of Jeremiah, when he said in Jeremiah 2:34: “I have not found it by secret search, but upon all these.”

The sin was done openly, no thorough examination to see what faults or sins were prevalent was required, people were brazen in their sin.

And how was God going to repay such behaviour? All their machinations and activities, which they thought they would gain by, would come to nothing.

Jeremiah 2:35-37: “Yet thou sayest, Because I am innocent, surely his anger shall turn from me. Behold, I will plead with thee, because thou sayest, I have not sinned. Why gaddest thou about so much to change thy way? thou also shalt be ashamed of Egypt, as thou wast ashamed of Assyria. Yea, thou shalt go forth from him, and thine hands upon thine head: for the Lord hath rejected thy confidences, and thou shalt not prosper in them.”

These are words which Redeemer Central, and in particular its lead pastor, David Armstrong, would do well to heed.

When the Reformation broke out, the shackles of Romanism were overthrown but yet so many churches are throwing themselves back headlong into the superstition and pagan ritual of that anti-Christian church.

Paul warned against such folly.

Galatians 5:1 says: “Stand fast therefore in the liberty wherewith Christ hath made us free, and be not entangled again with the yoke of bondage.”

Such unrighteousness and foolishness was also warned against by God in Old Testament times.

Jeremiah 11:10 says: “They are turned back to the iniquities of their forefathers, which refused to hear my words; and they went after other gods to serve them: the house of Israel and the house of Judah have broken my covenant which I made with their fathers.”

The iniquities of our forefathers are being embraced once more by those who are either ignorant of the past and God’s Word, or who have consciously chosen to reject it, or both.

Romanism is darkness, it is Christ rejection, and David Armstrong and all who help lead at or attend Redeemer Central need to repudiate this grave blasphemy against God.

The posters have been created by USA based artist Scott Erickson, who is quoted on the Redeemer Central website saying: “The Stations of the Cross began as a practice that pilgrims would have when they were retracing Jesus’ final steps in Jerusalem up to the hill where he was crucified. Wanting to share that practice and experience with people who couldn’t make the trip to Jerusalem, they created these stations of meditation that became in itself a tradition. You can find this tradition on the inside of many churches today.”

Sounds fairly similar to the details we provided further up in this article, doesn’t it?

However, there is a crucial difference, neither Scott Erickson nor Redeemer Central explain that it is a Roman Catholic practice and the “they” who “created these stations of meditation” were Papist monks.

This is the deceitfulness behind so many of these practices, because the vast majority of people who attend these charismatic churches are nominally Protestant and these churches are concerned some of those who attend would recoil from this.

It is the same tactic as was employed by Alain ‘Ecumenical’ Emerson (pictured, below) of Emmanuel Church in the Craigavon area when he was busy promoting Jesuit founder and Counter Reformation leader Ignatius of Loyola, which you can read about by clicking here. 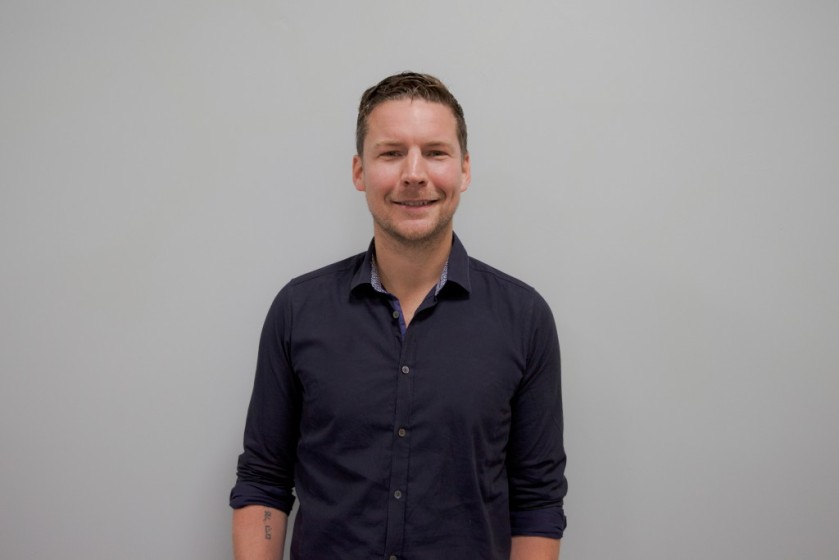 These are some of the honeyed, deceitful words uttered by Alain ‘Ecumenical’ Emerson when promoting following the example of such an evil character.

He said: “It’s through him (Ignatius of Loyola) that when he goes to university in Paris and he starts to gather a few friends and they start to pray and get passionate for Jesus together that they start this, what we know as the Jesuits, or the Society of Jesus, which has gone on to send missionaries all over the world.

“So remember this is probably round the time of the Reformation, so they’re all trying to work it out.

“There’s been huge problems with the church of that day. The Reformation has been a reaction to that but also within that there was certain moments and certain men like this who wanted the real thing, who wanted Jesus more than anything else pushed into his heart, pushed into his presence, were changed and transformed and led others in it.”

Alain Emerson neglected to say the Jesuits are a Romanist order and in his deliberately vague references to the Reformation he sought to mislead those in attendance.

And for any who want to see any other issues with Redeemer Central, as if their Papist practices wasn’t enough, we would advise checking out an article by Cecil Andrews of Take Heed Ministries, which you can read by clicking here.

His references to what is known as ‘spiritual formation’ are particularly noteworthy, and he links to an excellent article from there highlighting how this is really a Romanist practice given a very thin veneer of Christianity.

Many of the inspirations behind it are the type whose quotes are often tweeted by those involved in the charismatic emerging church movement, Romanists such as Henri Nouwen and Ignatius of Loyola, both of whom Alain ‘Ecumenical’ Emerson is very keen on.

These Papish practices are being reintroduced to churches and all true children of God who have a proper regard for His Word need to speak out and take a stand against them.

Let us pray with fervour that these people will be delivered from such gatherings and let us be diligent in warning others of the dangers, even by sharing this article or pointing people to the Scriptures which so clearly point out the errors of these churches.

Praise God we have been contacted by people who have spoken of how articles even on this page have prompted them to separate themselves from apostasy and challenge those who are seeking to bring it in to their churches.

Jude v 22-23: “And of some have compassion, making a difference: And others save with fear, pulling them out of the fire; hating even the garment spotted by the flesh.”