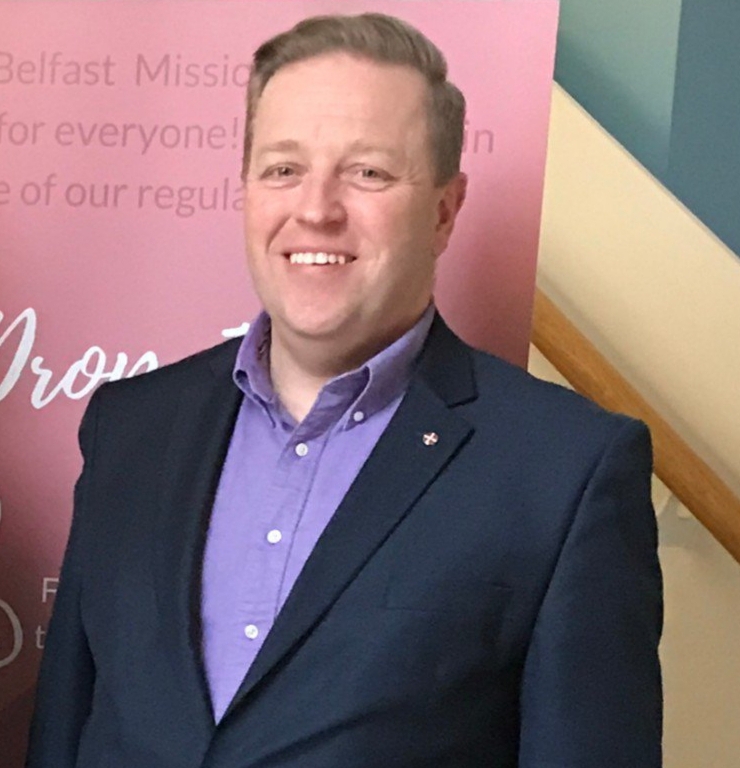 Jeremiah 6:13-16: “For from the least of them even unto the greatest of them every one is given to covetousness; and from the prophet even unto the priest every one dealeth falsely. They have healed also the hurt of the daughter of my people slightly, saying, Peace, peace; when there is no peace. Were they ashamed when they had committed abomination? nay, they were not at all ashamed, neither could they blush: therefore they shall fall among them that fall: at the time that I visit them they shall be cast down, saith the Lord. Thus saith the Lord, Stand ye in the ways, and see, and ask for the old paths, where is the good way, and walk therein, and ye shall find rest for your souls. But they said, We will not walk therein.”

The Week of Prayer for Christian Unity is a reprehensible event, as it seeks to overthrow vital doctrinal differences in the name of soppy ‘unity’.

Never mind the fact that Rome denies the precious truth of salvation by faith alone in Christ alone (Ephesians 2:8-9), or that it blasphemously offers up Christ as a sacrifice at its Mass, or the blasphemous titles taken upon himself by the Pope, or Rome’s many other false teachings and claims.

So long as we stand together and pontificate about how lovely it would be to live together in peace and harmony, and without any of that frightful earnest contending for the faith, then won’t everything just be fine and dandy?

The attitude of the ecumenist is to ignore or shun doctrinal differences (although in many cases it could be because they don’t actually hold particularly strongly to any doctrines to differ from others on) for the sake of the utterly vital ‘unity’, even though it is nothing other than a shabby pretence.

To allow others to continue in error and refuse to try to correct them, out of a love for their never-dying soul, is seen as praiseworthy and noble.

And one such ever so worthy character who helped spread ecumenical deceit during that week long festival of mean compromise is Rev Andrew Irvine (pictured, top), Methodist minister and Chief Executive of the East Belfast Mission, itself ran by the Methodist Church.

A former big shot on Belfast City Council, Rev Andrew Irvine has been brought on board at the East Belfast Mission to help boost its income.

And on Wednesday, 23 January, Rev Andrew Irvine engaged in his mean ecumenical compromise by preaching at a Week of Prayer for Christian Unity service in a Romanist chapel in Lurgan in County Armagh.

Rev Andrew Irvine was the speaker in the service in St Paul’s Roman Catholic church in the town.

How exactly such compromise can be justified is frankly remarkable.

Did Rev Andrew Irvine tell those in attendance that the Romish lie of works based salvation will lead any who believe it to hell?

Did Rev Andrew Irvine tell them that Purgatory is nothing but a Romish creation, a fictitious venue used largely to extract more money from its deluded adherents?

Did Rev Andrew Irvine blast the disgraceful Papist lie of offering prayers to Mary and to long dead so-called ‘saints’?

What do you think?

Had Rev Andrew Irvine said any of those things he’d have been out on his ear so quickly it would have made his head spin.

Instead, he chooses to say soft things that will offend nobody and leave those in attendance with a warm, fuzzy feeling.

The theme of this year’s Week of Christian Unity was ‘Justice’.

Rather it is about what is known as ‘social justice’, meaning it is very easy territory for anyone to cover and certainly would allow those in attendance to leave with that warm, fuzzy feeling so valued in churches which have rejected Christ.

After all, who could disagree that it would be nice if everybody was treated fairly?

Saying things that please people, rather than telling them they are on their way to a lost eternity in hell if they don’t repent of their sins, is symptomatic of the false prophets the whole way down through history.

This was very prevalent in the days of Jeremiah and Ezekiel.

Jeremiah was outright contradicted in his prophesies of destruction for Jerusalem by Hananiah, who prophesied from the imagination of his own heart rather than according to God’s Word.

Jeremiah 28:1-4 says: “And it came to pass the same year, in the beginning of the reign of Zedekiah king of Judah, in the fourth year, and in the fifth month, that Hananiah the son of Azur the prophet, which was of Gibeon, spake unto me in the house of the Lord, in the presence of the priests and of all the people, saying, Thus speaketh the Lord of hosts, the God of Israel, saying, I have broken the yoke of the king of Babylon. Within two full years will I bring again into this place all the vessels of the Lord’s house, that Nebuchadnezzar king of Babylon took away from this place, and carried them to Babylon: And I will bring again to this place Jeconiah the son of Jehoiakim king of Judah, with all the captives of Judah, that went into Babylon, saith the Lord: for I will break the yoke of the king of Babylon.”

That certainly was a people-pleasing message from Hananiah.

Jeremiah responded in verse 9, saying: “…when the word of the prophet shall come to pass, then shall the prophet be known, that the LORD hath truly sent him.”

What Jeremiah was saying was that time would prove who was telling the truth.

How did events transpire? Jeremiah 39 has the answer.

Jeremiah 39:1-9 says: “In the ninth year of Zedekiah king of Judah, in the tenth month, came Nebuchadrezzar king of Babylon and all his army against Jerusalem, and they besieged it. And in the eleventh year of Zedekiah, in the fourth month, the ninth day of the month, the city was broken up. And all the princes of the king of Babylon came in, and sat in the middle gate, even Nergal-sharezer, Samgar-nebo, Sarsechim, Rab-saris, Nergal-sharezer, Rab-mag, with all the residue of the princes of the king of Babylon. And it came to pass, that when Zedekiah the king of Judah saw them, and all the men of war, then they fled, and went forth out of the city by night, by the way of the king’s garden, by the gate betwixt the two walls: and he went out the way of the plain. But the Chaldeans’ army pursued after them, and overtook Zedekiah in the plains of Jericho: and when they had taken him, they brought him up to Nebuchadnezzar king of Babylon to Riblah in the land of Hamath, where he gave judgment upon him. Then the king of Babylon slew the sons of Zedekiah in Riblah before his eyes: also the king of Babylon slew all the nobles of Judah. Moreover he put out Zedekiah’s eyes, and bound him with chains, to carry him to Babylon. And the Chaldeans burned the king’s house, and the houses of the people, with fire, and brake down the walls of Jerusalem. Then Nebuzar-adan the captain of the guard carried away captive into Babylon the remnant of the people that remained in the city, and those that fell away, that fell to him, with the rest of the people that remained.”

Jeremiah had urged King Zedekiah to negotiate a truce with Babylon, Hananiah the false prophet claimed God had told him that the Lord would “break the yoke of the king of Babylon”.

And so it is even to this day, the Word of God continues to be unpopular with the world at large, and Rev Andrew Irvine is following in the footsteps of Hananiah.

He is, in the words given to the prophet Isaiah by God, saying the “smooth things”.

Isaiah 30:9-10: “That this is a rebellious people, lying children, children that will not hear the law of the Lord: Which say to the seers, See not; and to the prophets, Prophesy not unto us right things, speak unto us smooth things, prophesy deceits:”

Ecumenical events are nothing other than deceits and we ought to stay well clear of any such event.

Likewise, any supposedly Protestant minister engaging in such is guilty of taking part in the deception.

It is unsurprising to see Rev Andrew Irvine taking this approach when you consider who is his boss, as it were, in the East Belfast Mission, Rev Brian Anderson (pictured, below), the President of the Irish Council of Churches. 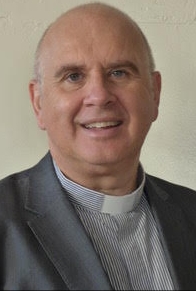 Let us be determined to oppose all form of ecumenical meetings and be unafraid to stand up against any who are eager to betray their Protestant heritage by mingling with the errors of Rome.

Ephesians 5:11: “And have no fellowship with the unfruitful works of darkness, but rather reprove them.”