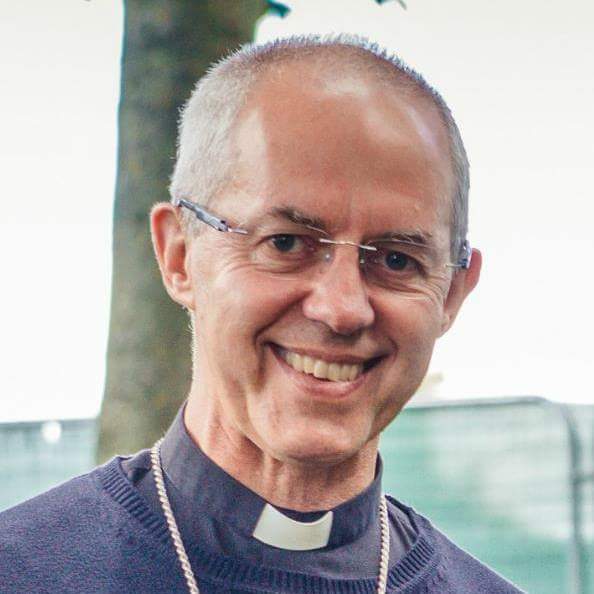 The Archbishop of Canterbury, Justin Welby, has been the special guest at a parade for Mary, the earthly mother of Jesus.

Justin Welby led the national pilgrimage to the “Anglican Shrine of Our Lady of Walsingham”, a village in Norfolk, which features an idolatrous statue of Mary at the front of the procession.

It is truly bizarre that there should be an Anglican shrine to Mary, given that Mariolatry is a Romanist deceit and runs utterly contrary to the Protestant faith, which Justin Welby is supposed to uphold.

The Popish celebration took place on the second Bank Holiday Monday of May, according to a report on the Premier Christianity website, and on the Sunday night preceding, “there was a prayer vigil throughout the night so that people could be in the Shrine Church to pray, reflect and meditate”.

It is certainly a good question to ask, to whom were these individuals praying and who were they meditating upon?

A Marian Shrine is a ghastly thing which would appal Mary, and it would make little sense for an individual to go to a Marian Shrine to worship God.

After all, what would be the point of the Marian Shrine existing in the first place?

This Papal betrayal of God has its roots in a tale said to have occurred almost 1,000 years ago.

It states on Wikipedia: “In 1061, according to the Walsingham legend, a Saxon noblewoman, Richeldis de Faverches, had a vision of the Virgin Mary in which she was instructed to build a replica of the house of the Holy Family in Nazareth in honour of the Annunciation. Her family name does not appear in the Domesday Book.”

It is interesting neither this lady nor her family name appears in the Domesday Book, a large scale census undertaken in 1086.

The same entry on Wikipedia confirms that the shrine was under the control of the Papist Augustinian monks and the priory was a site of Romanist pilgrimage until 1538, when it was destroyed by Henry VIII following his falling out with the Roman Catholic Church.

This dreadful heresy was largely forgotten until 1897, when Pope Leo XIII “blessed a new statue for the restored ancient sanctuary of Our Lady of Walsingham” and Mariolatry went back on the ascent.

A Church of England vicar, Alfred Hope (more like No Hope) Patten led an initiative in 1921 to install an Anglican Shrine in Walsingham, and this Popish practice continues to this very day.

This shrine is a result of Church of England apostasy and the Archbishop of Canterbury ought to be rejecting, repudiating and dismantling this vile offence to God, rather than indulging, supporting and celebrating it.

However, the Archbishop of Canterbury, Justin Welby, has rightly earned the name of Arch-apostate of Canterbury for his wicked betrayal of the Word of God.

Arch-apostate of Canterbury Justin Welby never misses an opportunity to cosy up with the Pope, only just a few weeks ago sitting alongside “that man of sin, and son of perdition”, grinning like an eejit as the Pope endorsed his ecumenical, God-defying ‘Thy Kingdom Come’ prayer event, which reached its compromising climax tonight (Saturday).

Arch-apostate of Canterbury Justin Welby stated that he thought it was “wonderful” when ministers of his own church switch to the darkness of Romanism, calling Rome an “inspiration”.

Arch-apostate of Canterbury Justin Welby, on a visit to Belfast last year, accepted a statue of what Rome calls “Our Lady of Perpetual Help”, just one of the blasphemous titles Rome applies to Mary.

This demonstrates the total and utter abandonment of God’s Word which is at large within the Church of England, that a man with such credentials can not only rise to the top of that body, but be allowed to continue in that role.

And now he is leading a parade preaching and promoting devotion to Mary, one of the most abominable of the deceits of the pagan Roman Catholic Church.

Let us not forget that Mary was a sinner in need of salvation, just like any of us.

Luke 1:46-47 says: “And Mary said, My soul doth magnify the Lord, And my spirit hath rejoiced in God my Saviour.”

Rome claims Mary was without sin and indeed was immaculately conceived herself, yet if Mary was sinless, why did she need a Saviour? And the notion of the immaculate conception of Mary has absolutely no Biblical grounding.

Rome teaches of praying to Mary (as well as long dead, so-called saints), despite this being utterly contrary to what the Bible teaches.

1 Timothy 2:5 says: “For there is one God, and one mediator between God and men, the man Christ Jesus”.

We also find in the book of Hebrews how Jesus is our mediator and we come to God through Him.

Hebrews 12:22-24 says: “But ye are come unto mount Sion, and unto the city of the living God, the heavenly Jerusalem, and to an innumerable company of angels, To the general assembly and church of the firstborn, which are written in heaven, and to God the Judge of all, and to the spirits of just men made perfect, And to Jesus the mediator of the new covenant, and to the blood of sprinkling, that speaketh better things than that of Abel.”

Jesus is the mediator of the new covenant, ie this gospel age. Jesus is our way of salvation, yet Rome’s lies put Mary in the role of Jesus.

This is what Alphonsus Liguori, a ‘saint’ of the Roman Catholic Church, founder of the Redemptorist Romanist order and author of one of the major books propagating Mariolatry – The Glories of Mary, says: “In His eagerness to show you mercy, God has given His Son as your Advocate. And then to make your confidence even stronger, He has given you another Advocate, who obtains through her prayers whatever she asks. Go to Mary, and you will see salvation.”

Where has this notion of Mary being an advocate for us came from? It is most certainly not in the Bible.

This is the unscriptural nature of Mariolatry and that’s the type of blasphemy with which Justin Welby is finding common cause by parading a statue of Mary to a shrine to Mary.

Justin Welby is supposed to be defending Biblical truth, not endorsing Romanist paganism, deceit and idolatry.

What a fearful thing it is to apostatise and to turn away from God’s Word.

We can even see a fearful example within the prophecy of Ezekiel.

Ezekiel 20:27-29, 31-32 says: “Therefore, son of man, speak unto the house of Israel, and say unto them, Thus saith the Lord God; Yet in this your fathers have blasphemed me, in that they have committed a trespass against me. For when I had brought them into the land, for the which I lifted up mine hand to give it to them, then they saw every high hill, and all the thick trees, and they offered there their sacrifices, and there they presented the provocation of their offering: there also they made their sweet savour, and poured out there their drink offerings. Wherefore say unto the house of Israel, Thus saith the Lord God; Are ye polluted after the manner of your fathers? and commit ye whoredom after their abominations? For when ye offer your gifts, when ye make your sons to pass through the fire, ye pollute yourselves with all your idols, even unto this day: and shall I be enquired of by you, O house of Israel? As I live, saith the Lord God, I will not be enquired of by you. And that which cometh into your mind shall not be at all, that ye say, We will be as the heathen, as the families of the countries, to serve wood and stone.”

God says He will not be enquired of by those who do such.

That is a sad and frightening position to be in.

Anyone reading this who is not saved, no matter how religious you may be or how much you strive to be a good person, is offering up polluted worship to God.

Without having the blood of Jesus Christ to plead for you (Mary cannot do it) when you die or when Christ returns, whichever comes first, then you will spend all eternity in hell.

All your righteousnesses will be as filthy rags (Isaiah 64:6).

But if you are saved, you will have placed upon you the white robes of Christ’s righteousness and spend eternity with Him in heaven.

And you can be cleansed of your sins even now as you read this by simply placing your faith and trust in Him, just as the Philippian jailer did.

Acts 16:29-31: “Then he called for a light, and sprang in, and came trembling, and fell down before Paul and Silas, And brought them out, and said, Sirs, what must I do to be saved? And they said, Believe on the Lord Jesus Christ, and thou shalt be saved”.