Isaiah 10:1: “Woe unto them that decree unrighteous decrees, and that write grievousness which they have prescribed”.

What could be more unrighteous and grievous than the slaughter of unborn children?

What could be more unrighteous and grievous than the glorification of that which God has called an “abomination” and which brought down His fierce judgement on Sodom and Gomorrah?

Yet this is the grave and perilous situation which Northern Ireland is faced with today as politicians at Westminster seek to enforce godless policies of abortion and same-sex marriage on our country.

Northern Ireland has for so long stood out as a beacon for Christianity and indeed Ulster is virtually the last place in the world where any semblance of true Protestantism remains, which is a major factor in why it has been subject to such gross attacks as this Bill making its way through the Houses of Parliament.

The relevant amendments to the Northern Ireland Bill legislating for sodomite ‘marriage’ and baby murder were tabled by Labour MPs Conor McGinn (pictured, below) and Stella Creasy (or Greasy, perhaps, pictured, top) respectively. 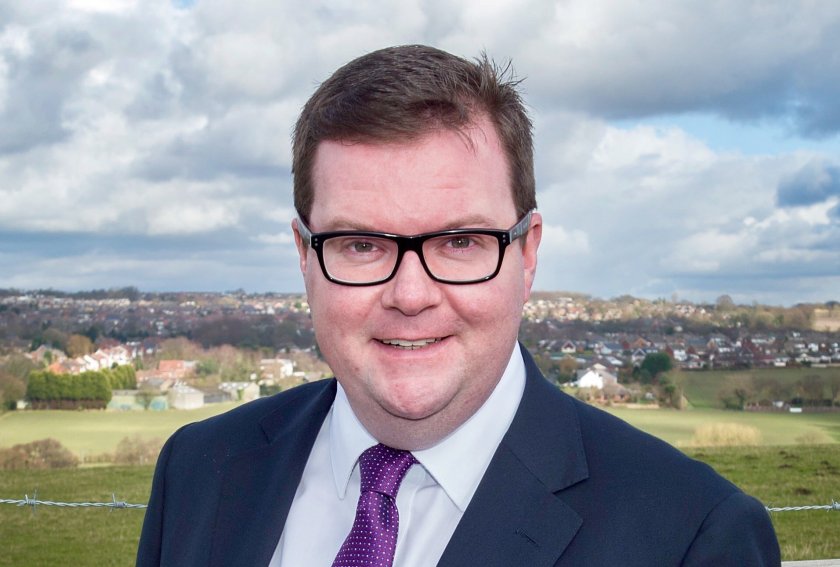 Stella Greasy, who would outrageously claim to be a Christian, has previously attracted our attention on this page in her despicable campaign to legalise baby murder in Northern Ireland, which you can read about by clicking here.

While so much of the western world has utterly caved into sodomy and championed the massacre of the unborn (8 million and counting in the UK alone in the past 50 years), Northern Ireland has, by the grace and mercy of God, been a place apart.

However, the position of such vile sins being illegal in our land is under the most obvious and immediate threat it has yet been subjected to.

Indeed, we can see the restraining hand of God being taken away as Northern Ireland sinks deeper into sin and further away from Him.

This is a national problem and one which should vex and trouble true Christians and be a motivation to earnest, heartfelt prayer to God for forgiveness and for mercy.

The words of James 5:13 are very relevant in the scenario in which we find ourselves in this land.

It says: “Is any among you afflicted? let him pray.”

Our land is coming under great affliction and in such circumstances we are called to pray.

The example set by Ezra is most certainly one worth following.

When told of the returning captives’ sinfulness in failing to separate from the ungodly, a grave sin which was being practised and led by the leaders of the people, Ezra was grieved and then sought the Lord earnestly.

Ezra owned the sin which he was not even a partaker of and sought God for forgiveness.

Ezra 9:3, 5-6: “And when I heard this thing, I rent my garment and my mantle, and plucked off the hair of my head and of my beard, and sat down astonied. And at the evening sacrifice I arose up from my heaviness; and having rent my garment and my mantle, I fell upon my knees, and spread out my hands unto the Lord my God, And said, O my God, I am ashamed and blush to lift up my face to thee, my God: for our iniquities are increased over our head, and our trespass is grown up unto the heavens.”

Ezra spent hours simply in mourning and astonishment before crying to the Lord, speaking of “our iniquities” and “our trespass”.

We as Christians and as a country need to seek God’s face, own our own inadequacies and pray for God’s mercy on our nation.

If such a situation as the one facing our land now does not motivate us to prayer, then what will?

While we all ought to follow the example of Ezra, it is also clear that Northern Ireland’s present situation is the result of generations of apostasy.

And much of the blame for that must lie with ministers who either refuse to or fail to preach the gospel.

CH Spurgeon famously said that Germany was “made unbelieving by her preachers” and their ‘Higher Criticism’, a Scripture denying practice employed by many of that nation’s ministers in the 19th Century.

And it is clear that the longer time goes by wherein the main denominations in Ulster continue to fail to proclaim the truth of the gospel and, in many cases, outright deny and reject it, the further the people go from God.

The Presbyterian Church, Church of Ireland and Methodist Church in many places have ceased to preach the need for repentance over sin and of crying to God for salvation.

They have ceased to teach the necessity of a sanctified life and a separated life, be that in our day to day life or our religious life.

Even on this page we have highlighted many ministers who repudiate the Word of God by their actions and declarations.

And it has led to a sad situation where in Ulster many have turned their back on Christ or, bored of the old dead churches and having itching ears, have turned to the modern entertainment of many charismatic “fellowship” type churches, with their empty theology and worship bands pounding out repetitive, empty songs.

Isaiah 3:12 says: “O my people, they which lead thee cause thee to err, and destroy the way of thy paths.”

A faithful preacher is one which will follow the example laid forth by God in Ezekiel 33:7-9.

Those verses read: “So thou, O son of man, I have set thee a watchman unto the house of Israel; therefore thou shalt hear the word at my mouth, and warn them from me. When I say unto the wicked, O wicked man, thou shalt surely die; if thou dost not speak to warn the wicked from his way, that wicked man shall die in his iniquity; but his blood will I require at thine hand. Nevertheless, if thou warn the wicked of his way to turn from it; if he do not turn from his way, he shall die in his iniquity; but thou hast delivered thy soul.”

How many ministers in this land are speaking out vehemently against abortion or same-sex ‘marriage’?

There will be some speaking out in some way against abortion but many fewer speaking out against same-sex ‘marriage’.

Many ministers today seem to think it impolite to condemn sin, believing, erroneously, that to speak out is to be unlike Christ.

This is forgetting Christ’s very blunt comments in relation to the Pharisees, calling them “hypocrites” and a “generation of vipers”.

And it is to forget even some of the opening words of Isaiah’s prophecy, speaking as God directed him.

He said in Isaiah 1:10: “Hear the word of the Lord, ye rulers of Sodom; give ear unto the law of our God, ye people of Gomorrah.”

Isaiah was fearsome in his denunciation of the sinfulness of his own people and it is the responsibility of all ministers to be the same.

May even this fearful situation facing Ulster be used by Almighty God to bring His children in Ulster to his feet, pleading for mercy for their land and may it even be used to cause false teachers to be rejected and embolden and motivate true ministers of the gospel to speak out fiercely and uncompromisingly against such repugnant sin being brought into being and celebrated in our land.

James 5:16: “The effectual fervent prayer of a righteous man availeth much.”