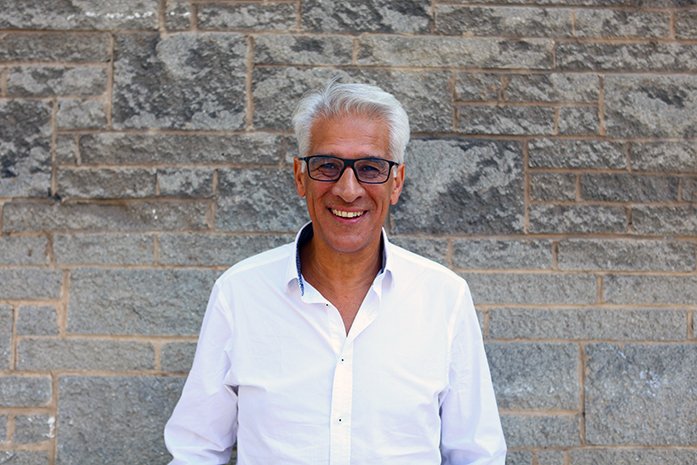 2 Peter 2:1-2: “But there were false prophets also among the people, even as there shall be false teachers among you, who privily shall bring in damnable heresies, even denying the Lord that bought them, and bring upon themselves swift destruction. And many shall follow their pernicious ways; by reason of whom the way of truth shall be evil spoken of.”

The continued perversion of the truth of God’s Word within the professing church proceeds along its sinful path at pace, particularly on the matter of sodomy.

This is why the Bible repeatedly warns us to be wary of those who would bring in lies to the church, a call we have repeatedly made on ‘Protestant Revival’, but, alas, a call so frequently ignored.

One such Scriptural warning is that repeated at the top of this article.

We are also warned of this in Romans 16:17-18, which says: “Now I beseech you, brethren, mark them which cause divisions and offences contrary to the doctrine which ye have learned; and avoid them. For they that are such serve not our Lord Jesus Christ, but their own belly; and by good words and fair speeches deceive the hearts of the simple.”

Jude v 3-4 says: “Beloved, when I gave all diligence to write unto you of the common salvation, it was needful for me to write unto you, and exhort you that ye should earnestly contend for the faith which was once delivered unto the saints. For there are certain men crept in unawares, who were before of old ordained to this condemnation, ungodly men, turning the grace of our God into lasciviousness, and denying the only Lord God, and our Lord Jesus Christ.”

We have repeatedly called for people to follow this clear Scriptural command and indeed “earnestly contend for the faith”.

Look at the reason given for this need to contend earnestly – because of “certain men” who have “crept in unawares” who are perverting God’s Word and denying the Lord.

Promoting sodomy and claiming it is blessed of God would most assuredly fall under such a category, indeed Jude v 7 highlights how Sodom and Gomorrah were destroyed because of their “going after strange flesh”, or sodomite practices.

Yet so many supposed ministers today seek to minimise the gravity of such ungodliness, while many try to claim it isn’t a sin at all.

These blasphemers, as 2 Peter warns, cause the “way of truth” to be “evil spoken of” and do we not see that today? Bitter is put for sweet and sweet for bitter, as we are told in Isaiah, and to take a Biblical view on matters such as sodomy is today castigated in the strongest possible terms, not just by the ungodly world around us, but by numerous so-called ministers.

And one such individual is English Baptist pastor Steve Chalke, who last week disgracefully took to Twitter to claim God gave the rainbow as a “God-given symbol of inclusion”, concluding his message with “#LGBT”.

You can see his disgraceful, Biblically illiterate, God-defiant tweet, pictured below.

Indeed, it is that same union, which calls itself Baptists Together, which gave the bizarre feminist character Karen Sethuraman her ‘qualification’ as a ‘minister’, prompting her to claim to be the only female Baptist minister on the island of Ireland. That her qualification is not recognised in this country seemed to be neither here nor there with her.

We highlighted recently her outrageous comments in relation to the preaching of the gospel message at funerals, saying it “disgusts” her.

If she is the type of character welcomed by Baptists Together, it is hardly a surprise that Steve Chalke, likewise, is embraced.

Steve Chalke has found himself embroiled in controversies of his own making with his heretical writings, including stating that the notion of substitutionary atonement (God giving His Son as a sacrifice for our sins, taking our rightful punishment upon Himself) was “cosmic child abuse” and stating his support for same-sex relationships and marriage.

His heresy was so bad that even the Evangelical Alliance, not known for its concern for Biblical faithfulness, revoked his organisation, The Oasis Trust’s membership, although that was because they stated that The Oasis Trust’s website didn’t provide a balanced view for and against same-sex relationships.

A statement issued by the Evangelical Alliance in 2014 stated that the Oasis Trust’s board said they took no overall view as a body on the matter of same-sex marriage – the Bible’s clear teaching is obviously not enough for Steve Chalke and The Oasis Trust, who clearly know better.

The Evangelical Alliance stated they had requested that The Oasis Trust “equally profile the traditional Christian view” in resources on their website. Why on earth a supposedly God-honouring organisation like the Evangelical Alliance would be happy with equal space given by one of its members to the “traditional Christian view” and to the hellish deceits of the propagators of the LGBT movement is hard to fathom, but shows how weak it is.

And they said the decision to revoke The Oasis Trust’s membership ultimately came because they “could not comply with a reasonable request from (the Evangelical Alliance) council” – nothing to do with the fact they had turned Biblical truth on its head, they had breached man’s little law, breaching God’s law is much less important.

The statement read: “Having heard the concerns expressed by the Alliance’s board and council as to what has been perceived by some as a campaign to change the Church’s historic view on human sexuality, the Oasis board did clarify their position as having ‘no corporate view on this matter’.

“However, they were unwilling to fulfil the council’s request to adjust the content of their website/resources and social media output to equally profile the traditional Christian view.

“After many months of prayerful discussion, the Evangelical Alliance council concluded that a relationship between an organisation and one of its members in which the member felt it could not comply with a reasonable request from council, was not tenable.”

The rainbow was most certainly not given as a symbol of inclusion of the litany of perversions under the umbrella of the LGBT (and whatever other letters these activists lump in with those four on any given day) movement.

God’s Word is crystal clear on the reason for the rainbow and any child who has ever been in a Sunday School class would be fit to tell Steve Chalke exactly what it represents.

It really is utterly unambiguous, isn’t it?

Steve Chalke’s imagined theology, conjured up out of thin air to suit his own agenda, is as accurate as the fairytale story that a leprechaun awaits with a pot of gold at the end of each rainbow.

What a wicked seed Steve Chalke is sowing as he systematically seeks to rip the Bible in pieces and trample it underfoot.

Praise God we know that Steve Chalke will not succeed, for we know “God is not mocked” (Galatians 6:7) and that the Lord shall laugh at such a character and have him “in derision” as he shakes his puny fist against the Almighty.

Steve Chalke does, though, at this time carry a fair amount of authority, has a number of well-known published books, has extensive social media reach (over 25,000 Twitter followers), and as such we ought to warn others of his ungodly ministry.

If we also see other religious figures fellowshipping with him, we ought to be wary of them too.

At best they are showing a disturbing lack of discernment and certainly the details we have disclosed above ought to motivate us all to take nothing to do with either the Evangelical Alliance, which allowed Steve Chalke’s church to remain a member for 10 more years despite him blasphemously calling the sacrifice of Christ at Calvary “cosmic child abuse”, and the Baptist Union in England and Wales, which to this day includes his church as one of its members.

These are serious matters and ones which we ought to spread abroad and proclaim loudly, out of love for people’s souls, to steer people away from error and to the true and precious hope of the gospel, so beautifully encapsulated in one verse.

John 3:16: “For God so loved the world, that he gave his only begotten Son, that whosoever believeth in him should not perish, but have everlasting life.”