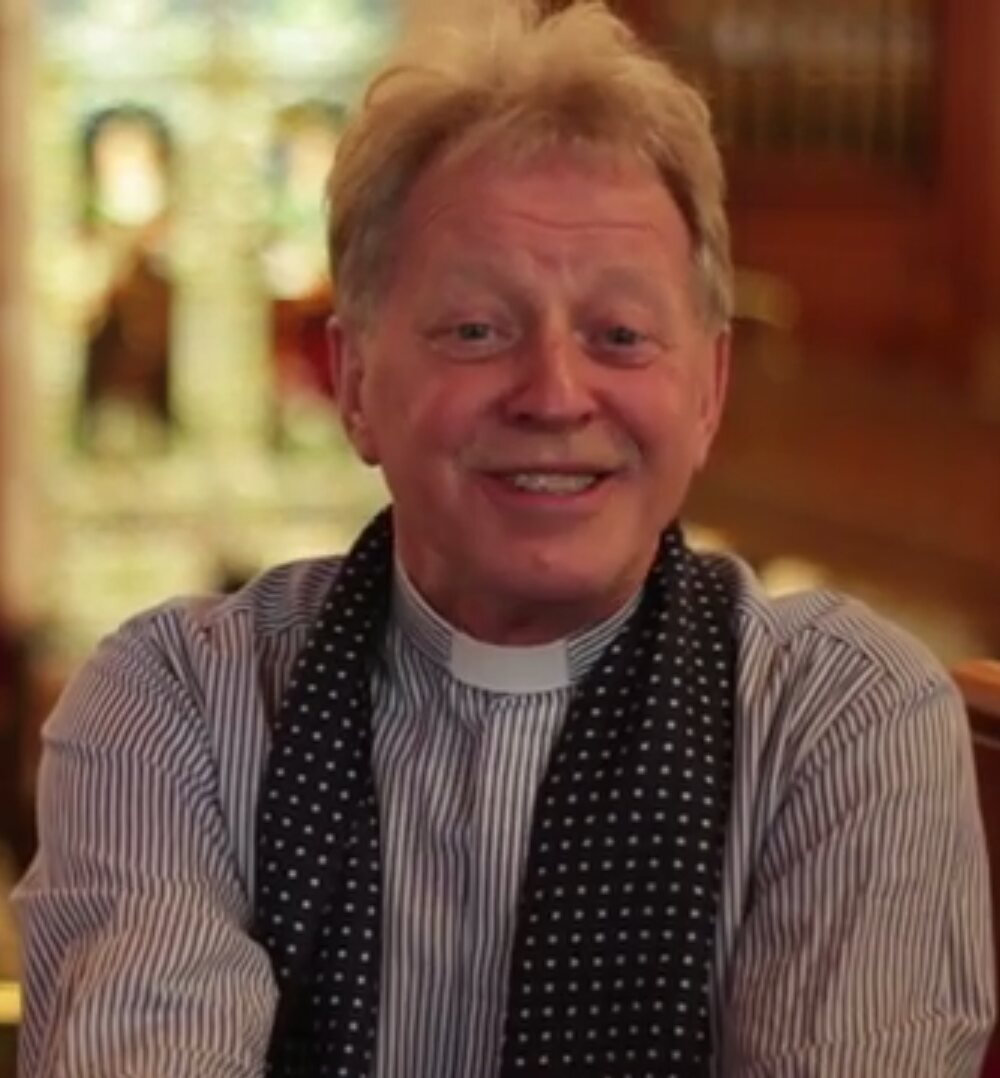 2 Corinthians 11:13-15: “For such are false apostles, deceitful workers, transforming themselves into the apostles of Christ. And no marvel; for Satan himself is transformed into an angel of light. Therefore it is no great thing if his ministers also be transformed as the ministers of righteousness; whose end shall be according to their works.”

There are some ministers who seem to be trying their very best to offend God as often as possible and in as many ways as possible, yet portray themselves to be his servant at the same time.

One such man is Rev David Latimer, minister of First Derry Presbyterian Church, who has still further deepened his apostasy by giving his blessing to the baptism of a child in the care of a homosexual couple in a Roman Catholic Church.

This is the man who cosied up with one of the most notorious unrepentant murderers in the history of Northern Ireland, the former IRA commander Martin McGuinness.

Such actions were lauded by the media, for whom the promotion of godliness and decency is often far from the top of their priority lists, but associating wilfully with unrepentant murderers is not pleasing to God.

The Sixth Commandment reminds us “Thou shalt not kill”, yet Martin McGuinness, whether he pulled the trigger or not, headed up a brutal gang of killers which took the lives of around 2,000 people over a 30 year period in Northern Ireland, with the victims being killed largely simply because they were Protestant.

Psalm 1:1 reminds us it is much more profitable to avoid keeping company with characters such as Martin McGuinness. It says: “Blessed is the man that walketh not in the counsel of the ungodly, nor standeth in the way of sinners, nor sitteth in the seat of the scornful.”

At this point, we will move to address the inevitable chorus of the apostate, which squawks: “But Jesus dined with sinners”.

Yes he did, but did He stoop to their level? Did He walk in the counsel of the ungodly? Did he stand in the way of sinners, ie be in the places where sinners love to be? Of course not.

Jesus did not compromise Himself, nor could He abide sin, yet Rev David Latimer, by his own admission in a recent BBC article, sacrificed 50 members of his congregation in order to get in the limelight next to Martin McGuinness, a man who never, to his dying breath, expressed an ounce of remorse for the despicable atrocities he was responsible for.

Rev David Latimer loves the “praise of men more than the praise of God” (John 12:43).

We can only assume this revelation was made in the light of the Presbyterian Church voting against allowing homosexuals to become members.

We should be grateful of course this vote was lost and not “despise the day of small things” (Zechariah 4:10) but it is a damning indictment of how far the Presbyterian Church has fallen that this was even up for debate and there were those in favour of such a move. Furthermore, their general attitude to the attendance of homosexuals at the church is far from satisfactory as tolerance of such open sin in the pews, whether those in attendance are members or not, is not something which should be encouraged.

Speaking to the BBC, as he no doubt delighted to do, Rev David Latimer revealed he had connived with a Papist priest to purport to give God’s blessing to a child being raised by two homosexuals.

This is despite God ordaining in the Bible that the family unit was to consist of a father and a mother, not two of one or the other.

Genesis 2:24 says: “Therefore shall a man leave his father and his mother, and shall cleave unto his wife: and they shall be one flesh.”

Ephesians 5:31: “For this cause shall a man leave his father and mother, and shall be joined unto his wife, and they two shall be one flesh.”

This is very clear, yet Rev David Latimer believes he knows better than God what God thinks is proper behaviour.

In the video on the BBC website, he said he had been approached by the mother of one of the women in this abominable relationship.

He continued: “I could have said ‘no, we’ll not, no, no way’. But the priest and I chatted and we had conversations with that couple and we agreed to baptise that little baby in a Catholic Church and I was there representing the Presbyterian family.”

Rev David Latimer notes he could have said no and thereby pleased God by refusing to endorse such a relationship. But he, of course, acted differently and instead of consulting God’s Word, he consulted a Roman Catholic priest.

We will remind Rev David Latimer of what the Westminster Confession of Faith, which he signed at his ordination, says regarding the Pope.

Chapter 25, Paragraph 6 says: “There is no other head of the Church but the Lord Jesus Christ; nor can the Pope of Rome, in any sense, be head thereof; but is that Antichrist, that man of sin, and son of perdition, that exalts himself, in the Church, against Christ and all that is called God.”

Rev David Latimer clearly does not believe this and should not be permitted in the pulpit of any so-called Protestant church.

Rev David Latimer continued: “The church is about opening its doors for people, wherever they are coming from, whatever direction they’re approaching the door, I want that door to be open and I want everybody to appreciate that if God so loved the world and I don’t, then I can’t claim to be godly.”

His comments about the doors being open are a red herring. Anyone can come to a church, but that does not mean the church should endorse sin to make people feel better.

This is like the spirit of those false prophets in the days of Jeremiah.

It says in Jeremiah 5:31: “The prophets prophesy falsely, and the priests bear rule by their means; and my people love to have it so: and what will ye do in the end thereof?”

And Rev David Latimer puts the tin hat on his diatribe of deceit by claiming it would be ungodly to oppose the lifestyle of the two women raising that wee boy.

To endorse the ungodly lifestyle of those two women by giving his blessing to the baptism of the child is the ungodly action, made even worse by rolling over to the pagan corruption of Christianity that is Rome by encouraging the child to be baptised into a system which knows only how to damn people to hell.

If you are in any way connected with this church or know someone who is, please share this with them to try to persuade them to abandon such a dreadful compromiser as Rev David Latimer.

And please pray that such apostates will be ejected from their pulpits and that the ministers in our land will be faithful to the gospel, for that will be a massive building block on the road to revival.

One thought on “Romanists, sodomites and murderers: the friends of Presbyterian minister Rev David Latimer”